I have a blog post to help you ease into the work week! Today I’m hosting debut author M. L. Huie, whose book SPITFIRE is generating all kinds of buzz. A seriously addictive read, everybody. I hope you enjoy getting to know Michael and his work!

Thanks for dropping by, Michael, and congratulations on your release! 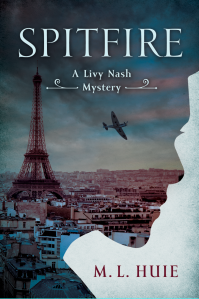 AK: Tell us a little about yourself.

MH: I’m a professional actor, adjunct college professor and now novelist. I live in North Carolina with my wife and two kids. I actually grew up here.  I’ve lived in other places, but this very much feels like home.

AK: What’s the premise of your book?

MH: SPITFIRE is the story of Livy Nash, a young British woman who was a spy for the UK during WW2. In this book its 1946 she’s home working a demeaning job and drowning the memories of the tragic end of her war with black market vodka when Ian Fleming (yes THAT Ian Fleming) offers her the opportunity to go back to Paris and find the traitor who killed the man she loved.

AK: What inspired you to write it?

MH: I read Elizabeth Wein’s wonderful novel CODE NAME: VERITY and had to find out more about the women of SOE, the spy organization who aided the resistance in occupied countries during the war. At the same time in my own life I went through a period of unemployment which did a number on my self esteem and I wondered how might a woman, who was so brave in battle, feel coming back to a country who would never consider using her in a similar capacity in peacetime. From there Livy was born.

MH: I’m nervous no one will buy it. I’m two weeks into my debut year and it’s been wonderful and surreal. I have so much support at home from family, friends and a wonderful group of debut authors such as you Anita. (AK: Aw, thanks!)

AK: What authors do you admire and/or have influenced your development as a writer? Please feel free to add specific books, we love recommendations!

MH: Read CODE NAME: VERITY. Elizabeth Wein is wonderful. My favorites are Mick Herron who you must be reading if you even slightly enjoy spy fiction. Megan Abbott is the modern queen of crime and noir as far as I’m concerned. Pick up a copy of THE SONG IS YOU or GIVE ME YOUR HAND. I also admire the controversial but brilliant James Ellroy and Olen Steinhauer.

AK: What are you working on now?

MH: I’m working on edits for the second Livy novel, NIGHTSHADE, which publishes in September. Gasp! I’m also about to write a first draft of an entirely new series set in the late 1960s.

AK: What question do you wish I had asked, and answer it!

MH: What’s the perfect drink for my book? I’d say an old-fashioned made with Old-Grand-dad bourbon. So much better than the black market vodka Livy drinks. 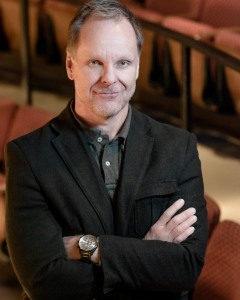 Release date: US and Canada – January 7

How far would you go for vengeance?

It’s V-E Day 1946 in London. World War II is long over, and former spy Livy Nash is celebrating with her third drink before noon. She went to war to kill Nazis. Dropped behind enemy lines as a courier, she quickly became one of the toughest agents in France. But her war ended with betrayal and the execution of the man she loved. Now, Livy spends her days proofreading a demeaning advice column for little ladies at home, and her nights alone with black market vodka.

But everything changes when she meets the infamous Ian Fleming. The man who will create the world’s most sophisticated secret agent has an agenda of his own and sends Livy back to France with one task: track down the traitor who killed the only man she ever loved. Livy jumps at the chance, heading back to Paris undercover as a journalist. But the City of Lights is teeming with spies, and Livy quickly learns just how much the game has changed. With enemies on every corner and ever-shifting alliances, she’ll have to learn to fight a new war if she wants to conquer the past once and for all.

Where To Get Your Copy:

Blurring the lines between poetry and prose

Whimsical Writings for His Glory

Writings on a Wall

Put it in Writing

Jean M. Cogdell, Author-Writing something worth reading, one word at a time in easy to swallow bite size portions.

A place to share a passion for wonderful books and writing!

Blurring the lines between poetry and prose

Whimsical Writings for His Glory

Writings on a Wall

Put it in Writing

Jean M. Cogdell, Author-Writing something worth reading, one word at a time in easy to swallow bite size portions.

A place to share a passion for wonderful books and writing!